If you own the AppleTV, you’ve probably thought about the possibility of mounting the AppleTV vertically on the back of the TV or the wall behind it to hide the AppleTV and to reduce the cable clutter on your stand. 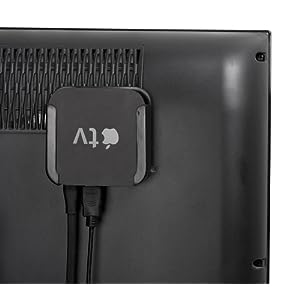 I’ve personally tried mounting it with some double-sided adhesive tape, but without much luck – the warmth of the TV case and the AppleTV itself promptly weakened the adhesive, and the box fell off in about 30 minutes after the initial “yay, I’ve saved some money”. Eventually I’ve found a commercial and universal solution for for this problem: Innovelis’s TotalMount – Apple TV Universal Mounting Kit. Costing $18.99, it’s well worth the price, as it allows for both wall and TV mounting.

Not happy with your Hackintosh’s ethernet speeds? Tired of wake/sleep issues with Realtek drivers? How about a natively supported PCIe card that works OOB with OS X Lion and up? 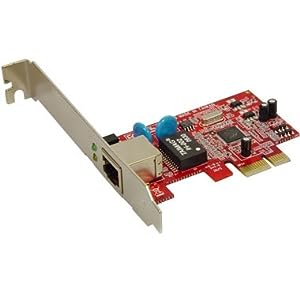 Please welcome the Koutech Gigabit Ethernet PCI Express (x1) Card. It uses the same Marvell Yukon chipset that Apple has used with some of their hardware, so it doesn’t need any additional drivers. I was able to get up to 85mbyte/sec transfer rates with my Time Capsule.

As you probably know, Apple is not going to provide an official USB install disk for Mountain Lion. However, you can still create one using the following simple procedure.

You’ll need a spare 8Gb USB flash disk (they’re dirt cheap starting at $6 on Amazon) or a SD card (SD cards are cheaper, starting at $5 on Amazon, and you use them with your camera later) and the OS X Mountain Lion Install App purchased ($19.99) through the App Store.

END_OF_DOCUMENT_TOKEN_TO_BE_REPLACED

Running Apple’s Mac OS X software on PC hardware has been a hobby for some enthusiasts for a while. There are several forums on the Internet that discuss the topic extensively, but here is a brief article with one of the possible hardware configurations that can run OS X Lion or Mountain Lion.